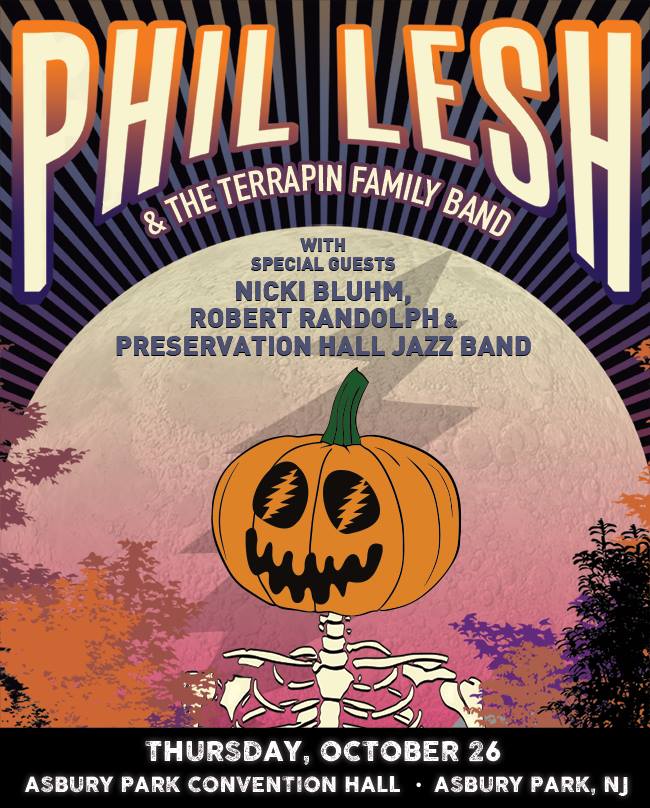 This show surprised me. 22 years since Jerry passed on and you start to wonder if you'll see any of that magic again. The venue - Convention Hall in Asbury Park - is older and kinda funky, almost like a giant high-school gym, except that it's right on the ocean and so many great musicians have played there over the years. Again, this is a plus - it's a smaller venue, not like seeing a stadium show at all.

My friend bought me a ticket for this show and I went without expectations. I had no idea who Nicki Bluhm was; I knew and liked Robert Randolph; and I had seen the Preservation Hall Jazz Band (PHJB) with their traditional New Orleans / Dixieland jazz lineup years before (I love that music too). And I had never seen any of Phil's solo lineups.

The show started off well, the playing was solid, but you knew something special was in the air when the audience started singing Ramble On Rose at the top of their voices. That moment gave me chills.

From there the show just kept gaining energy and momentum, especially when the PHJB walked out in the middle of Dark Star, played their own mini-set, and then segued back into Dark Star with the rest of the band. OK, this is really good I thought.

The climax though was Franklin's Tower for sure; everyone was on stage playing their hearts out, and for those of us in the crowd, it felt like the roof was being torn off the place while we blasted into orbit - an echo across time of "the magic" of the Grateful Dead at their best. People left the show stunned, and heads I run into still ask me if I was there -- what a show!

Uploaded by cabinetmusic on November 2, 2017